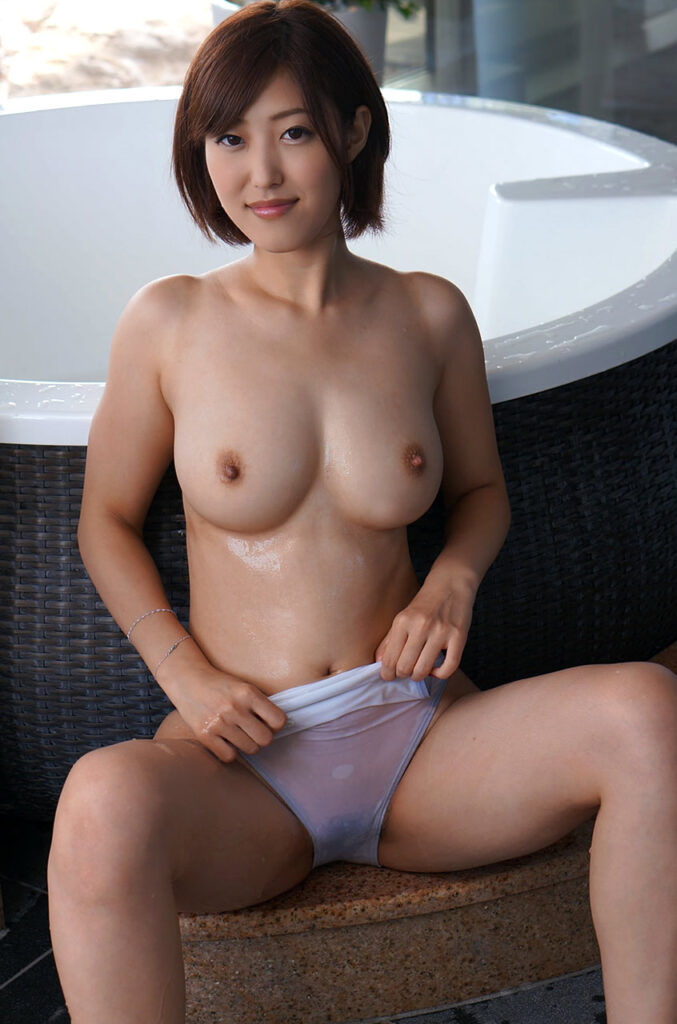 The toughest chick from Japan that could make you her bitch or a sex slave. Before you join the virgin’s waiting list, toughen up as she requires manhandling. I would prefer the latter option but Akira Lane has no competition in the female world.

These Sushi rolls, extra soy sauce, and seaweed do wonder to the human body. Much better than all burgers and fat only American diet. Fuko goes well with any dish but some countries love to eat cooked dick or balls and for us… Yeah, that’s the best thing that mixes well with this beauty.

She knows her job, loves to take it from behind, and performs onscreen like she knows an Oscar is waiting for her at the end of it all!

Holy Melons! Hitomi Tanaka has a pair of the biggest tits we have seen swinging from the chest of a JAV slut! These are very big and juicy and deserve to be milked for all she’s worth.

She was born in merry old England, is bilingual and bisexual. Anri boasts the kind of breasts wars has been fought over! These melons are fuller than anything else on the market. They are all-natural 32F that look like they are stuffed with chocolate milk or something! Anri has no qualms with submitting her humongous titties for a titty-fuck or suck and her small pussy is still deep enough to accommodate dicks of a size that could choke an adult whale!

Eimi Fukada and her signature look makes her one of the most popular JAV idols! She wore glasses in 2017 when she debuted in the adult industry under the name Amami Kokoro. And since then, no one can imagine her without the nerdy look. She has already more than 200 porn movies in her portfolio, and according to her loud and passionate orgasms, she has no plans to stop. You can admire her fake tits and hairy pussy that she loves to finger before taking a big cock deep inside. Cute Japanese teen Eimi Fukada has millions of fans all around the world. Will you join them?

She doesn’t have the biggest tits, and she is not the loudest, but when you see her in action, you find out why she is so popular. Her sucking skills, perfect body, and cute face make her simply irresistible. And those eyes? They beg you to fuck her every day for the rest of her life! She has more than 3 million followers on her Instagram account who want to be pleased every day by her new sexy posts and exciting stories. And from now on, you can find us among those followers!

Why does Japan famous for its adult movies?

Japan produces at least twice as many films and spends more per person on pornography than the US. Why? Here’s one idea:

“We tend to go with more day-to-day storylines featuring regular guys, unlike on American-made DVDs,” says Mumin … “There are few, if any, steroid-fueled actors in Japan’s AV industry. Our dramas are far more realistic.”

Perhaps you should consider the relationship in America (and to a lesser extent in Europe) between sex and religion? The more religion attempts to exert censorship over sexual matters, the more underground the discussion becomes, and the less producers are able to accurately judge what consumers actually want.

In Japan, things like the JAV industry and notably, the voice acting industry, are significantly more professional and prestigious than the counter-parts that exist in western nations.

As a result, the performances of seiyuus (voice actors) and the JAV that they produce are often far superior to the western equivalent. The talent and creativity is just on another level entirely…. unfortunately, censorship utterly marrs the quality that they otherwise display.