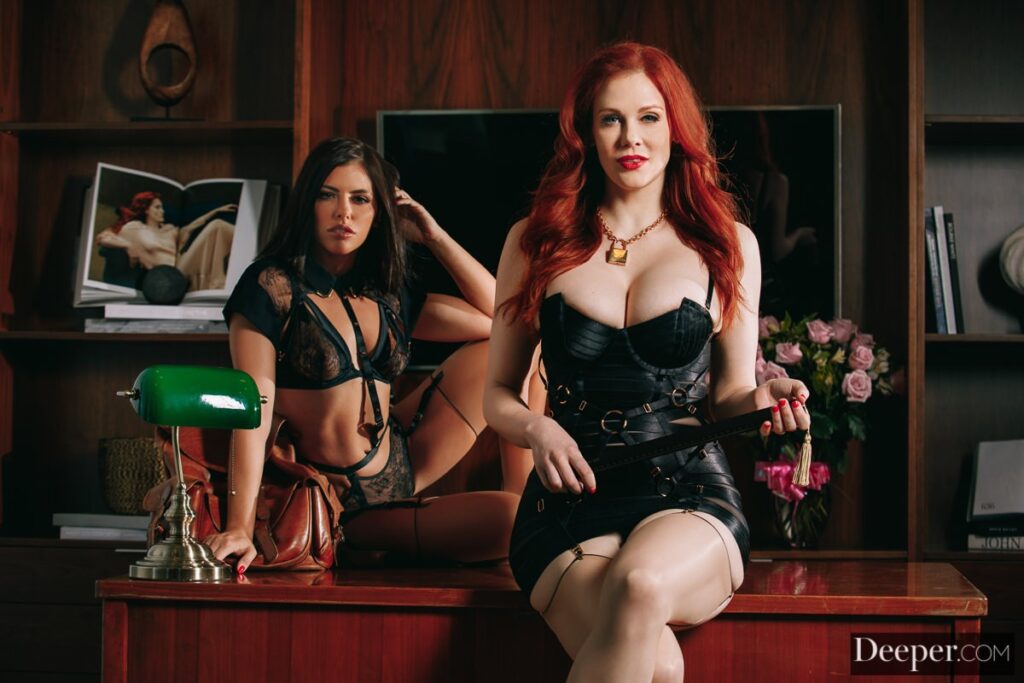 There is no performer in the adult landscape who brings more f-rce to the screen than Maitland Ward, and in this string of connected stories, she is unleashed to do what she does best. Set against the backdrop a mysteriously wealthy lifestyle and mysteriously predatorial marriage, ‘Mistress Maitland’ follows the femme fatale through a series of games she plays with her equally dominating husband (played by Markus Dupree). Whether procuring young playthings for his amusement (or hers), betting high ticket items against his sexual stamina, hiring a new secretary to meet his needs, or secretly filming her own trysts for his viewing pleasure, Mistress Maitland is single-minded in her ambitions and a master in her craft. The result is a tour de f-rce of sexual performances that will leave you dripping.

Cast
Dupree appears regularly across the movie’s scenes (and his presence is felt even during the moments he’s absent). He’s joined by Naomi Swann and Izzy Lush in scene one (Ward also appears but in a non-sex role), while he shares the screen with Gabbie Carter in scene two.

Quotable
“Defiance will not be tolerated. Alternatively, obedience will be rewarded. There are no safe words. This is your last chance to pull out.” (Ward sets out some of the rules to Swann and Lush in scene one)