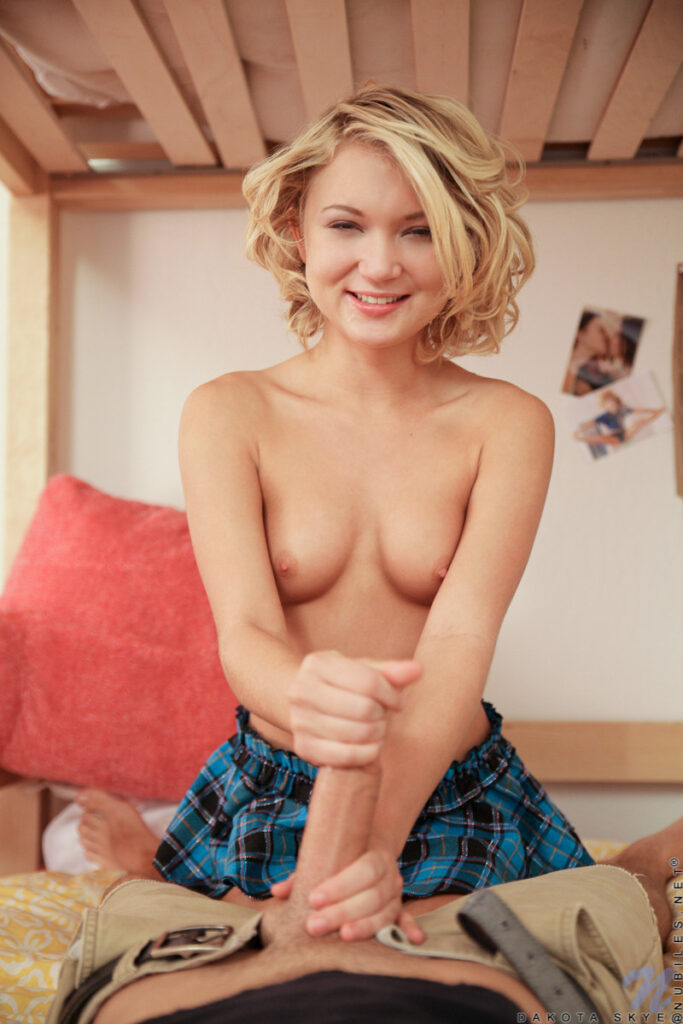 Dakota Skye – whose real name was Lauren Scott – was found dead aged 27 in a trailer in LA last week following an addiction to fentanyl, her aunt said.

After news of Dakota’s passing was made public, her aunt posted the following comment to Dakota’s personal Facebook page…

This is truly a tragedy. If you are suffering from addiction, I beg you to get help!

Bartholet said the adult film star “was fighting her demons and trying to get clean and sober”, adding: “She had been put in rehab so many times.”

He added: “A lot of girls in the industry are going through a lot of stuff. It’s tough.”

A cause of death has not been confirmed but her aunt Linda Arden said her niece was also an alcoholic.

Who is Dakota Skye?

While she continued to perform in adult films up until this year, at times delivering some incredible scenes, she never seemed to re-capture the superstardom that she achieved at the start of her career.

Those who knew her in the industry expressed shock and sadness.

Skye’s death comes more than three years after the December 2017 death of August Ames, another pornographic actor who died by suicide after friends said she was cyberbullied.

Between 2014 and 2021, Dakota Skye performed in about 300 hardcore scenes. She also maintained an Onlyfans account and would routinely do feature dancing gigs around the United States.

I always admired Dakota Skye as a performer.

Obviously, this was a woman who was dealing with more than her fair share of demons and maybe in the end, some of those devils caught up to her. The world is a darker place without Dakota and she will be missed. May she rest easy.