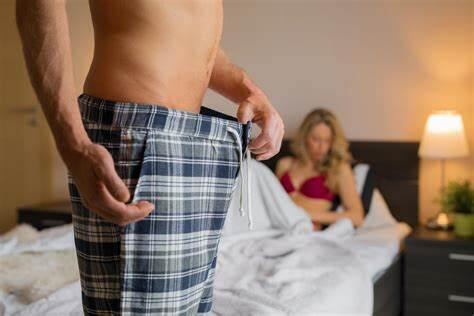 10 Reasons behind Morning Erection – Is your dick hard every morning ?

Morning Erection – Is it normal to wake up and find your dick hard?

Men Have A Morning Erection ‘Secret’ That Every Woman Should Know

Is It Normal to Have an Morning Erection When Waking Up? I hope you’re finding your dick hard for no reason when you wake up and still wonder why? Why it happens

I always get an erection almost every morning when I wake up. Is this normal?
– xyz

Yes, it’s completely normal to have an erection when waking up in the morning. In fact, guys often have about three to five erections each night while they sleep — they’re just not aware of them.

Men want sex all the time! Or at least that’s the consensus among the general population. This argument is further proved when men wake up in the mornings with an erection or morning wood.

This is a difficult thing to understand for the female species. It’s hard enough having to wake up in the mornings to start the day, the last thing on a woman’s mind or body is to stay in the sack for sex. Doctors, however, have studied why this morning wood happens to men. Yes, hard to believe, that science spent time on this subject.

What they discovered is that it’s not you that’s causing him to be aroused, it’s all about him on this one. Next time your partner wakes up with an erection, don’t feel obliged to get intimate that early in the day.

He’ll be fine and it will pass.

1. It’s just part of life, men of all ages wake up with an Morning erection.

The medical name for a morning wood is nocturnal penile tumescence (NPT). There are some assumptions as to why this happens to men when they wake up in the morning.

2. Some people think the arousal is the result of a dream filled with sexual fantasies.

It may have more to do that guys are not focused or paying attention to their bodies.

3. Morning Erection has often been called a pee-boner as well, assuming guys just need to pee and all will be fine.

This morning wood phenomenon becomes less and less frequent around the time men are in the 60’s and 70’s.

4. The brain controls our bodies and function. This is why men can control being aroused at work, in the gym or on a date.

During REM sleep, parts of the brain are also in a sleep-like state. This gives the penis, the freedom to literally do whatever it wants.

5. He’s a total man’s man in the mornings erections because he’s hormonal.

Guy’s testosterone level is at its highest early in the day around 25% to 50%. As the day progresses, the levels begins to dip.

6. A man’s penis wants to be in tip-top shape at all times so when the time comes to perform, it is ready for action.

One theory behind morning erections is that the penis is exercising. During an erection, the penis is filled with blood and it has to hold that for an extended period of time.

7. He rubbed up against you, the pillow or the sheets accidentally.

The penis get aroused by touch, physical stimulation. Hence, if the body pressed against something or someone, it responded by making the penis hard.

8. A man’s erection comes after receiving signals from the brain telling him he is stimulated and ready.

Men may brag about keeping an erection going for hours, this may be true in some cases but it would actually hurt like hell as the penis can hold that much blood for so low.

9. You may need to start compromising as a couple.

Men tend to be hornier and ready for action early in the day while women’s libido is ready to go at night.

10. If you happen to notice that he gets an erection during the night, he is not alone.

Doctors estimate that men will have about four to five erections throughout the night with each lasting approximately 25 minutes. In case you are wondering, that is totally normal.

Why exactly do morning erection occur?

The parasympathetic nervous system is active when you’re asleep, so erections sometimes happen in your sleep. The term “morning wood” is actually a misnomer; penises can become erect and then flaccid again several times in the course of one night. You’re just more likely to notice it when you wake up.

Morning Erection: Should you ever worry about morning erection?

Priapism is a condition in which an erection lasts more than four hours. That can result in permanent dysfunction of the penis. Morning erections typically subside soon after you wake up. If you’re having erections that last significantly longer than that, it would be a good idea to speak to your doctor.

10 Ways to enjoy Doggy style Sex more than ever before